Sue
Hi there Craig,
In several of your posts now, you're mentioned that we are entering WWIV. Um Craig,... there never was a WWIII. You suggested, (affirmatively I might add) that the war on Communism was WWIII. I took graduate World History in 1996 and I can tell you first hand, there was no WWIII mentioned in the text I was assigned (Harvard published in 1989). World War constitutes just that....the World. It seems to me that the World did not engage in that fight against Communism, only Eisenhower, JFK, Johnson, Nixon, Ford, (zilch Carter) and Reagan....and oh yes, McCarthy.
So, WWIII hasn't occurred Craig and hopefully never will.
____________
Craig replies 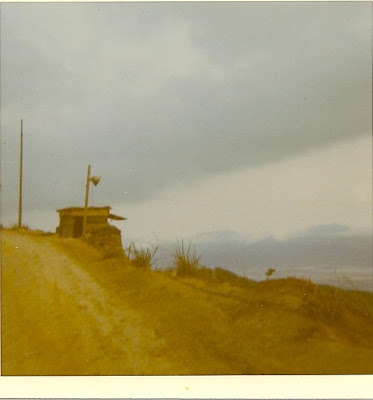 Well, don't call it WW 3 if that offends you. The conflict among the communist countries and the west lasted from about 1945 to about 1989, and still goes on a bit, and convulsed a large part of the world, and resulted in many millions of deaths. And a lot of us thought it was a pretty big deal.
We stopped the expansion of Communism. It was a very bad system. I have been to a number of communist countries, and they were not pleasant, especially for the citizens of those countries.
We did not have to fight wars. We could have surrendered to the Japanese and Nazis, or the Communists. We could have become Nazi supermen, or a Japanese colony, or Communist. Or we could continue to turn the other cheek, and hope that the tyrants will tire of killing our people and leave us alone. There are always choices other than war.
Communism was pretty bad. The following are taken from several sources. Perhaps they overstate the numbers - who knows? Hard thing to count very accurately.  But I think even you and your author of your Harvard Published History Book (1989) would agree that the Communists were just a bit over the top. Or perhaps not.
TYRANT KILLINGS - UNJUST, UNNECESSARY OR UNNATURAL DEATHS
The US has been engaged in three major conflicts during the lives of our parents. There are of course many varying estimates of unjust, unnecessary or unnatural deaths committed by tyrants, but these estimates appear reasonable.
There is considerable overlap in the generations. For the purposes of this discussion, written from the view point of a baby boomer, the generations are our Grandparents born around 1880-1900, our Parents born around 1910-1925, we early Baby Boomers born around 1946-1953, and our children, born around 1968-1985.
World War II 1941 - 1945 Directed by our grand parents, fought by our parents.
Hitler 34,000,000 killings
Hirohito (Japan: 1926-89) 1,000,000 over a million unjust, unnecessary or unnatural deaths
Hirota Koki (Japan: 1936-37) 1,000,000 " "
__________________
Struggle with Communism 1945 -1989, and to present. Directed by our parents, fought by us, mostly cold war, hot war in Greece, Vietnam, Korea, Central America, Africa, Asia
Stalin 20,000,000 to 60,000,000 unjust, unnecessary or unnatural deaths killings
Mao 10,000,000 to 76,000,000 unjust, unnecessary or unnatural deaths killings
Ho Chi Minh (North Vietnam:1945-69) 1,700,000 over a million unjust, unnecessary or unnatural deaths
Kim Il Sung (North Korea:1948-94) 1,000,000 " "
Lenin (USSR: 1917-24) 1,000,000 " "
Pol Pot (Cambodia: 1975-79) 1,700,000 " "
China ((75 to present) ? ? Little outside reporting
Vietnam (75 to present) ? ? " "
Laos ? ? " "
Tibet ? ? ' "
Cuba ? ? " "


http://www.hawaii.edu/powerkills/
http://users.erols.com/mwhite28/warstat2.htm
http://www.genocidewatch.org/genocidetable.htm
http://www.cnd.org/njmassacre/
http://users.erols. com/mwhite28/warstat8.htm
__________________
Sue
It doesn't offend me that you consider the Cold War WWIII, if that's your understanding. Your understanding is not historically accepted. The Cold War was and is a big deal, but just that....a Cold War. The Cold War also had a sub title, It's known as the Arms Race. Who had the biggest, baddest and made the biggest boom on the world block, was the prevailing mental headset in Washington and Moscow.
It's rather factitious Craig, in your stating... "We stopped the expansion of Communism." We had a PART in it, but we did not single-handedly stop the expansion of Communism. Many countries did their part also in haulting, as well as disrupting the communistic process. Albania and the former Yugoslavia immediately come to mind. There are others.
Craig, I find it extremely discomforting the United States citizens' notion that we are superior to everyone else. We seem to think that the world is our treadmill and thus act accordingly. We display an 'Our way, or the Highway' mentality. Just who the hell are we, to tell another country how they should govern themselves? Contrary to most American's thinking, we have NOT set the best example and continue to set ignorant precidence. I am ashamed and embarassed at what this country has become. On September 11 this country passionately joined hands with the rest of the world and we held our heads up high. In our eagerness and to take revenge and prove that we can stand up against terrorism, we released the comforting hands of our friends and neighbors around the globe. Fighting terrorism with terrorism, only breeds a resolve in propogating more terrorism. For every innocent Iraqi citizen who falls victim
to a marine bullet, the survivors of that victim become won over to the cause of fighting against those that injured their family, their country and their religious beliefs.
Fools rush in, where angels fear to tread. America has embarked on a long and arduous journey, for which she will pay dearly...in lives and in credibility.
_______________
Craig - It is good to know that Albania and Yugoslavia helped us stop international Communism. Professor Rummel cites Yugoslavia as one of the mega murder countries. 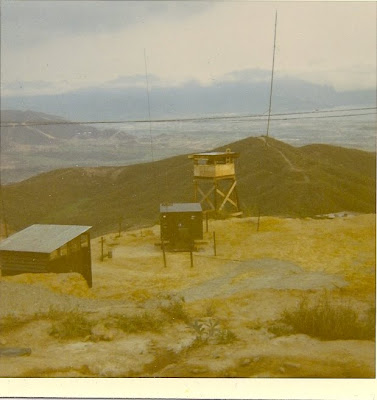 I fell into a great deal in 1979. The Marine Corps Reserves sent me to Oberamergau, Germany to study Electronic Warfare.  I traveled with my Commanding Officer.  We were the only Reserves - everyone else was full time military from a variety of NATO countries - Germany, England, Holland, Belgium, Italy, etc.


The class was great - learned a lot about Electronic Warfare, NATO, and our allies.


All the other officers treated the two weeks as a normal duty - they stayed around the base.  My boss and I rented a car, and drove around like crazy.  We decided to sneak behind the iron curtain.  We hid everything that showed that we were military, attending a Secret EW Course. We tried first to get into czechoslavakia - a grim entry, with a telephone pole serving as their border gate - swinging into their country - designed to keep their people in, not us out. Grim place - would not let us in.


Next we tried Hungary. They made us cool our jets for 3 hours - took our car for 2 hours, then let us in.


We drove around Hungary- another grim poor place.  There were Russian and Hugarian troops - they did not like each other. We went to a grim hotel with a little old lady safeguarding each floor.  The bar was filled with angry soldiers looking for a fight.


We left Hungary to go into Yugoslavia - the border between Communist Hungary and Communist Yugoslavia was heavily guarded - felt like a free place relative to Hungary. I did kind of dumb prank there - in an area filled with Communist troops - went into the washroom -put a Marine Corps Decal on the mirror to let them know we had been there.


Incidentally, the border between Yugoslavia and the west was not guarded well - the Communists knew they had nothing to fear from the west. They had great security between the Communist "allies".


When we got back to the base we really wanted to tell our fellow officers where we had been - but did not dare. We asked them if any of them had ever been behind the Iron Curtain - no they said, would not dare, out would come the rubber hoses and torture.


My boss and I did not talk about this for a number of years, but I presume I am beyond the reach of the long arm of the US government - I hope. Don't tell anyone.


_______________
Susan
"That said, genocide however did not accompany every communistic take over (Cuba, Vietnam, Korea, Central America), at least not to the extent with which had occurred in Cambodia, whereby the entire population was at risk and not just the educated elite.
Craig
Why do you think Cuba, Vietnam, and Korea killed any fewer than Cambodia? They were equally bad. The same evil regimes that initially took power are still in power in those three countries. They were and are police states. They are totalitarian regimes who do not let the media or the UN look into their internal affairs. Pretty hard to get an accurate count of the countless murders committed by these evil regimes.
Professor Rummel cites every researcher on this tragic subject at
http://www.hawaii.edu/powerkills/POSTWWII.HTMat
He writes:
"Few deny any longer that communism--Marxism-Leninism and its variants--meant in practice bloody terrorism, deadly purges, lethal gulags and forced labor, fatal deportations, man-made famines, extrajudicial executions and show trials, and genocide. It is also widely known that as a result millions of innocent people have been murdered in cold blood. Yet there has been virtually no concentrated statistical work on what this total might be. 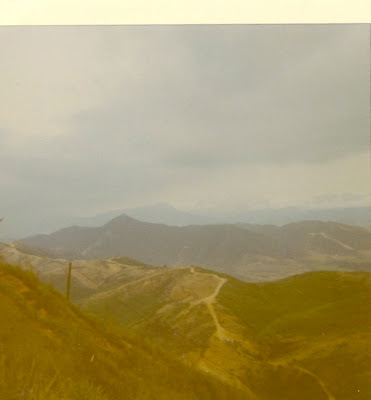 Our Blog and Web Site